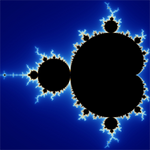 Owner of Max Payne and its sequel who finished both titles on the Dead on Arrival and New York Minute difficulties. Formerly held the time record for the former game[1] until somebody discovered many hilarious glitches.

Retrieved from "https://maxpayne.fandom.com/wiki/User:Shidou?oldid=5142"
Community content is available under CC-BY-SA unless otherwise noted.