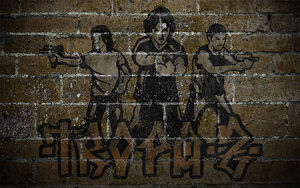 Much of the Tropa Z members' unique characteristics are unknown. Compared to their rival gangs the Comando Sombra and the Filhos De Ogum, the gang's members are less brutal and ruthless. Tropa Z's members are known for being fans of the football club Galatians FC, particularly the famous Claudio. Claudio's death affected the Tropa Z, and the gang's members vowed revenge on the Comando Sombra, whose members shot dead Claudio.

Retrieved from "https://maxpayne.fandom.com/wiki/Tropa_Z?oldid=17714"
Community content is available under CC-BY-SA unless otherwise noted.