The Deep Six is the third chapter of Part III in Max Payne.

Max arrives at the lab in time to see two Killer Suits execute a mercenary, as 'Operation Dead Eyes' is the apparent destruction of the lab facilities, including the facility personnel and its guards. Max takes them out and notices the insignia on the floor, realizing that he is in an army bunker and that this facility could be responsible for Valkyr's existence.

As he heads deeper into the lab, Max soon comes across a door that requires a three digit code, but Max finds it on the screen of a dead chemist's computer ("665 - the neighbor of the beast"). He then realizes he needs to get past the decontamination chamber, so Payne finds a chemist (who was mentioned in the last chapter as being held in captivity due to him attempting to smuggle Valkyr out of the facility) and escorts the chemist to help Max get through.

Going through the lab and down another elevator, Max then finds himself in a room filled with explosive laser beams. Once he removes them, he looks on a computer and discovers that Project Valhalla was an experiment started in 1991 but failed by 1995. Furthermore, Nicole Horne continues to carry on with the project, and that the junkies that killed Max's family were failed test subjects who were dumped at Max's house due to his wife accidentally finding out about the experiment.

After Max enters the decontamination chamber again, some computers blow up, trapping Max in the airlock, with the entire complex about to explode. He hears a computer counting down and realizes that he has only thirty seconds to escape before he is trapped in the explosion. Max escapes the chamber by shooting a laser trap that was placed near the door by the mercenaries and bursts the door open. He then sprints through a few rooms and he finds an elevator that takes him up to the surface storage and outside. Surviving the explosion, the fugitive DEA agent is now left with no leads to follow.

On the PS2/Xbox version, this chapter is divided into three sub-chapters: Final Revelation, The Deep Six and Project Valhalla.

Complete 'Part III Chapter 3: The Deep Six' on any difficulty 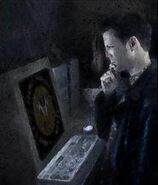 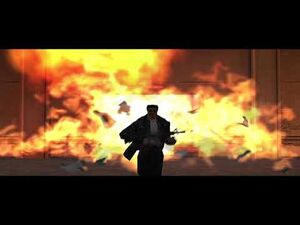