Max and Passos are protecting Marcelo on a yacht. Max has a conversation with Passos about Marcelo and his lifetime partying ways. As Passos and Marcelo go elsewhere, Max goes down to his bed and falls asleep. As he wakes up, a group of pirates is attacking the yacht. Max is then forced to shoot his way to both Marcelo and Passos. A gunfight around the ship ensues.

As the gunfight continues, he discovers Passos and Marcelo attempting to leave and let Max handle the paramilitaries. After Max informs them about Daphne Bernstein, a friend of Marcelo's, Passos decides to assist Max to save Daphne. During this time, Max sees a member on a zip line and Max is able to catch up to him. He punches the out member and takes his gun.

Max then takes out some other paramilitary pirates while on the zip line and subsequently kills all the remaining members. He finds the remaining survivors, but they are all dead (having been killed during the shootout between Max and the pirates).

Passos arrives, and he tells Max that Marcelo will be upset if he hears news about Daphne's death. 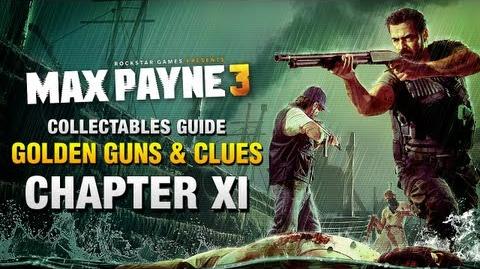