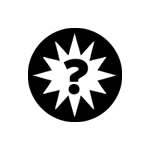 Slippery Character is a Max Payne 3 multiplayer character burst. It gives the players means to both evade and avoid unfavorable situations.

One of the best points to use this Burst is when you're set upon by many attackers at once, allowing you a chance to escape, or when you come upon a group of enemies attacking your teammates.

Slippery Character is a part of the GameStop/EB Games pre-order Silent Killer multiplayer pack, alongside the Light Anti-Tank Weapon and the listening device.

Retrieved from "https://maxpayne.fandom.com/wiki/Slippery?oldid=15170"
Community content is available under CC-BY-SA unless otherwise noted.