"I had dreamed of revenge. Those dreams were always nightmares, of coming close and then failing. Now I was close. I had a name to guide me. Nicole Horne. I had nothing to lose."
―Max's thoughts on his revenge from the previous chapter.

Nothing to Lose is the seventh chapter of Part III in Max Payne.

Now that Max knows where to find Nicole Horne and take his revenge, he slowly makes his way to Aesir Headquarters. Immediately after entering the building, Max sets the metal detectors off, alerting the whole building to his presence and immediately blocking any elevator access to the building's mainframe, as well as Horne's office and penthouse; Max then gets involved in a huge gunfight with Aesir security and the Killer Suits.

After climbing a few staircases and avoiding more laser-emitting explosive traps, Max arrives at an elevator and Mona Sax steps out. It is revealed that she was hired by Aesir to kill Don Punchinello and then later, Max, but she informs him she would rather kill Nicole Horne. Suddenly Mona is shooting at unseen assailants and shoving Max out of harm's way, but she is soon shot in the head and disappears behind closing elevator doors, leaving Max to kill the shooters; when the elevator returns, Mona's body is gone.

On the PS2/Xbox version, this chapter is divided into three sub-chapters: An Eye for an Eye, Stone-Cold Dead and Take Your Pick.

Complete 'Part III Chapter 7: Nothing To Lose' on any difficulty 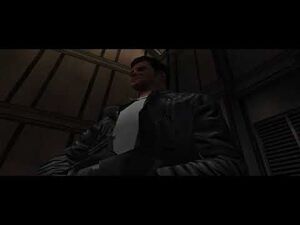