"I lied to myself that it was over. I was still alive, my loved ones were still dead. It wasn't over."
―Max Payne

Max Payne 2: The Fall of Max Payne is the second game in the Max Payne series, developed by Remedy Entertainment. It follows Max Payne, who, tired from his last ordeal in the first game, is thrown yet again into a series of events in New York City that play out tragically for everyone involved.

After investigating a series of murders by a group of contract killers known as the Cleaners, Max Payne runs into Mona Sax, assumed dead, and soon finds out that she is the prime suspect in the murder of a United States Senator. The two of them investigate further into the case and find out who is after the both of them and why.

Max Payne 2 is a third-person shooter, in which the player assumes the role of Max Payne for most of the game, but plays as Mona Sax in a few levels to gain a different perspective. Initially, the player's only weapon is a 9mm Pistol. As they progress, players access other weapons including handguns, shotguns, sub-machine guns, assault rifles, long-range rifles, and hand-thrown weapons. To move the game along, the player is told what the next objective is through Max's internal monologue, in which Max iterates what his next steps should be.

Max Payne 2 provides a summary of the events that took place during the first game to the player as told by Max himself.

Max Payne: "I am Max Payne. My wife and daughter were murdered. It had something to do with the designer drug 'V.' I transferred from the NYPD to the DEA, went undercover to find their killers. I got too close. I was framed for murder. With nothing to lose, I went after the Mafia during the worst winter storm in a century.

"My first stop was Vinnie Gognitti , low-life in the habit of taking his frustrations out on underaged call girls. I left him bleeding in an alley after I'd gotten what I wanted out of him. I met Mona Sax in a gothic nightclub, Ragna Rock. She was a hired killer. We were after the same man. Her sister's sadistic husband. I was drawn to her for all the wrong reasons. I made a deal with Vladimir Lem. The Russian was a smooth operator. He helped me get to the mob boss I was after, but I was in over my head. The government was involved.

"A mystery man called Alfred Woden told me the name of my real enemy: Nicole Horne. Woden and Horne were both members of a secret society, the Inner Circle. She was behind 'V,' behind everything. While working for the D. A. my wife had accidentally seen papers that incriminated Horne. Woden promised to take care of the charges against me if I took Horne out.

"Deputy Chief Jim Bravura of the NYPD was trailing me by the empty shell casings that I left behind. Gunshots made me deaf to the sirens, but they couldn't drown the sobs of my dead wife. Mona sided with me against Horne. She took a bullet for that. Her body disappeared behind closing elevator doors. I killed Horne. I gave myself up to the police. I had enough evidence against Woden to know that he'd keep his promise. I lied to myself that it was over. I was still alive, my loved ones were still dead. It wasn't over".

Two years after the events of the first game, Max Payne is an NYPD detective. While investigating a series of murders by a group of contract killers called the Cleaners, Max encounters Mona Sax, who was assumed dead at the end of the previous game. Wanted for the murder of Senator Gate and, despite Max's protests, Mona is arrested and taken to the police station. While at the station, Max overhears his new partner, Valerie Winterson, talking on the phone about Mona. Suddenly, the station is attacked by the Cleaners, who are looking for Mona. Before they reach her, Mona breaks out of her cell and vanishes into the night. After Max meets her again at her residence, where they fight off the Cleaners who followed Max to her place, they begin hunting down the people responsible for the attack. Their search leads them to a construction site, where Max and Mona defend themselves against the Cleaners. After their foes flee, Detective Winterson arrives and holds Mona at gunpoint. Mona claims that Winterson is there to kill her while Winterson claims that she is simply trying to arrest a fleeing fugitive. After several moments of consideration, Max shoots Winterson, allowing Mona to escape. Before she dies, Winterson shoots Max, leading to his hospitalization.

After Max leaves the hospital, he begins looking for answers. When Max is kidnapped by Vladimir Lem, head of the Russian Mafia, he learns that the Cleaners work for Vlad, who uses them to eliminate the competition to his businesses. Max then learns that Vlad is part of the secretive Inner Circle, led by Senator Alfred Woden, who had ensured that the charges against Max were dropped at the end of the previous game. Vlad plans to kill Woden and gain control of the Inner Circle. Max also learns that Mona is a hired gun for Woden, with orders to kill Vlad and Max. After Vlad reveals that Detective Winterson was his mistress, he shoots Max and leaves him for dead in a burning building. Mona rescues Max, and together they go to Woden's mansion to save him from Vlad.

At the mansion, Mona knocks Max to the ground in an attempt to follow her orders to kill him, but discovers that her feelings for him keep her from doing so. Vlad shoots Mona after realizing that she will not kill Max. Woden then appears in a wheelchair and lunges at Vlad; Woden is killed during the ensuing struggle. Max and Vlad then begin to fight, until Vlad triggers a bomb that he planted in the mansion. After they both drop to the floor below, Max pursues Vlad through the mansion. Eventually, Max shoots Vlad after a firefight, killing him. Max returns to Mona's side as the police arrive and she dies in his arms. However, if the game is completed at its highest difficulty level, Mona survives. Which ending is canon is up for debate, though it is commonly believed that she dies as that is what occurs on the default difficulty.

It is revealed in the last line of the game that Max is finally coming to terms with the death of his wife.

Bullet Time is as present in this game as it was in the last. In Max Payne 2, the player can use Bullet Time to take control of serious firefights. In Bullet Time, the action slows down around the player while the player is able to aim at normal speeds, thus allowing for a serious tactical advantage that can change the tide in one-sided gunfights (and Max runs into a lot of those). Killing people while in Bullet Time restores Bullet Time to the player, and allows Max to maintain an even slower speed, as Max moves further "in the zone".

A shootdodge manuever is available to Max that can be activated without wasting Bullet Time, unlike the first game. This will propel Max in the direction he is going, allowing him to fly through the air and shoot at the same time.

Bullet Time Combo allows you to do both at the same time, though by default this isn't part of the controls.

Reloading after killing a few enemies in Bullet Time makes Max reload quite fast, and is sometimes accompanied by a 360° look of the battlefield.

Hard-Boiled - all the enemies are set to their toughest levels. No adaptation, YOU adapt!

Dead on Arrival - This is the same as the Hard-Boiled, but a limited number of saves are put in place.

New York Minute - This is a timed level, where you pick an individual level, and try to fight your way through it as fast as possible.

In this new arcade mode, the player is placed in an arena with constantly respawning enemies and is timed to see how long they can last until death.

Like the prior game, there are various types of media featured in the game. Some of them reflect or are similar to the events happening in the game. Here are the featured television shows:

Max or Mona is or can be armed with any of the following weapons: 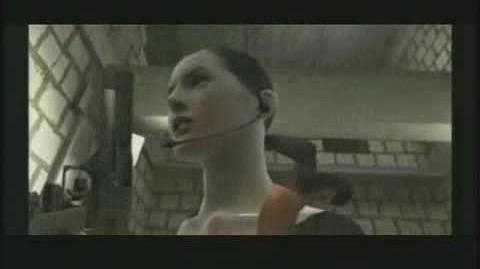 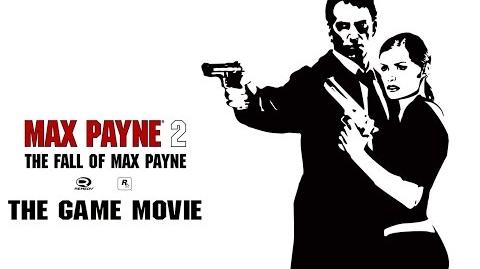