Nothing But The Second Best

"Just another day at the office, huh?"
―Max to Passos

Just Another Day at the Office is the third chapter in Max Payne 3. It also the first chapter that introduce another enemy faction: Cracha Preto.

Max is back in his apartment drunk more as he failed to save Fabiana. The Brancos and their bodyguards are at Fabrcias Branco to discuss the ransom by the Commando Sombra. They decide to accept their ransom at Galatians Stadium and head there by helicopter, Max and Passos meet with the CS who at gunpoint demanded the 3 million dollars money in exchange for Fabiana's safety. However, an unknown assailant interrupts the deal via sniper and shot many gangster dead and wounding Max's arm.

Max and Passos managed to head to the underground to avoid sniper fire, they retreat further until they reach an infirmary where Max ate some painkillers while Passos bandage his wound. Their objective is to guarantee the guy with the money to be safe or else Fabiana won't be returned. They either avoid or fight the CS panicked from the situation. They found one heavily bleeding gangster and Passos interrogate him about the sniper, but he died of blood loss and had to deal with his CS friends.

Max fought more of these guys through the stadium and managed to eliminate another sniper. Max provide sniper fire for Passos who run out of ammo and heading for safety. Max decide to chase money guy while Passos head for the chopper for their escape. However, there is another sniper in the IT tower and Max force to retreat inside the stadium.

He head in the security room and use the camera to find Passos eavesdrop the new group managed to catch money guy. Passos reveal the new group are paramilitaries who are ex cops and work for right wing and that money guy reveal Fabiana is held in the Tiete hideout and plead for his life. However, he is executed and the money is stolen by the paramilitaries. Max and Passos failed their primary objective and only thing they have to do is escape.

The mission will fail if Max: 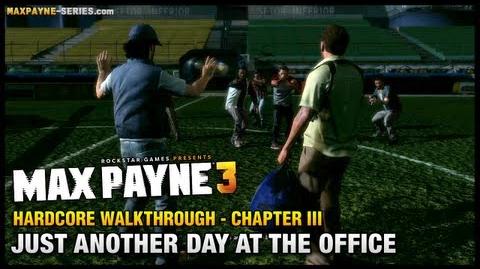 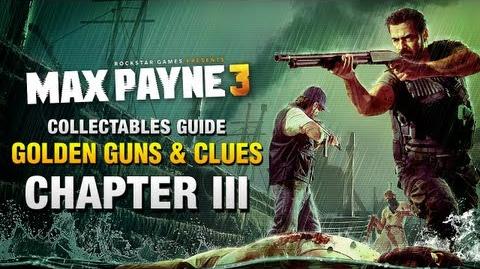 The One Eyed Man Is King

Max and Passos handing over the money.

Passos picking up a sniper
Español
Community content is available under CC-BY-SA unless otherwise noted.
Advertisement