The Ingram is a machine pistol and can be wielded in both single and dual modes. The sub-machine gun has an extremely fast firing rate, making it ideal for taking out a room full of enemies, especially in Bullet Time.

However, it's fast firing rate has a drawback - the gun's ammunition will quickly deplete, especially while dual-wielding, leaving Max with no way to further use the weapon until more ammo is found. The gun is also pretty inaccurate, but this can be reduced, once again, by entering Bullet Time. The damage is not impressive; enemies can usually take quite a bit of punishment before hitting the floor.

In Max Payne 3, the golden M10 parts can be located in Part I, Chapter III: Just Another Day at the Office. When all three parts of said weapon are acquired, the M10 gains an extra 15 rounds per magazine, which means a total of 45 rounds can be fired before needing to reload. The M10 is primarily seen in the two New Jersey flashback levels being used by the DeMarco Crime Family, with the Micro 9mm serving as the primary machine pistol used by the factions in Brazil. 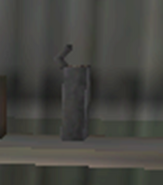 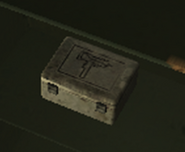 Max dual-wielding Ingrams while taking out a would-be assassin

Retrieved from "https://maxpayne.fandom.com/wiki/Ingram?oldid=29473"
Community content is available under CC-BY-SA unless otherwise noted.