"What the hell does B.B. stand for anyway? Backstabbing Bastard."
―Max telling B.B. name and his betrayal.

Backstabbing Bastard is the fourth chapter of Part III in Max Payne.

Soon after the events at Cold Steel, Max is in an all-night diner when he gets a message from B.B., requesting to meet Max on top of the Choir Communications Garage. Max then begins to realize that the death of his partner and him being framed were highly likely to have been an inside job. Max, now very suspicious of B.B., confronts him at the meet-up and accuses him of setting Max up for the death of his partner. B.B. indirectly admits what Max already suspects, and gets in a car that nearly hits Max as it speeds off, careening down to the lower levels of the parking garage and leaving Max to deal with a group of cast-offs from the Punchinello Crime Family in the game, who have been paid to take him out.

He continues down into the parking garage, taking out many mobsters and avoiding drive-by's from a van escorting B.B.'s car out of the garage. After going down several stories in the garage, Max makes it to the bottom level and B.B. crashes into another car and gets out. He, Max and an elite contingent of Killer Suits at the site have a shoot-out, ending with Max taking them all out. He then answers a ringing payphone and a man named Alfred Woden tells him he can give Max the information he seeks if he meets the caller at the Asgard Building.

On the PS2/Xbox version, this chapter is divided into three sub-chapters: Backstabbing Bastard, Alive and at Large and The Name of Your Enemy. 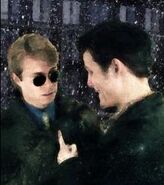 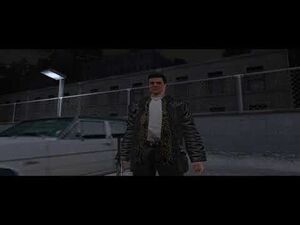