Alive If Not Exactly Well

"Yeah, Sure. Anybody can buy me a drink."
―Max Payne to Raul Passos

Anybody Can Buy Me a Drink is the fourth chapter in Max Payne 3.

As Max and Passos escaped the stadium, Max recall his time when he first met Passos. He was constantly drinking and taking painkillers for years since his retirement of the police force. He soon met Tony DeMarco, the son of the powerful New Jersey gangster, Anthony DeMarco, and his friends hanging out in the bar, they also harass Max for being an ex-cop as usual. Max rebut Tony with insults on his family which Tony took it harshly, he threatened Max to apologize or he will be killed.

Soon, a stranger comes in and threaten Tony with a gun and forced them to leave, Tony swear he will come back and take vengeance. The stranger introduce himself as Raul Passos, a former friend of Max since the police academy and offer security work, Max refused but accepted a drink tab by Passos. Max, Passos, Marty (the bartender) and a woman soon drink and celebrate. However, it was interrupted by Tony and his friends who return and ready to kill them. Tony and the woman soon argued with Tony hitting her, Max instinctively grab the pistol that Tony left and shot Tony in the heart.

It turned into a gunfight as Max and Passos work to escape the gangsters that Tony hired who guard the bar behind. After the gunfight, Max and Passos head to Max's home for safety. 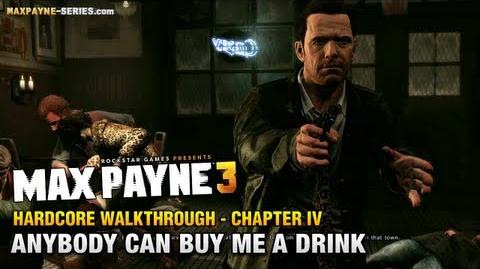 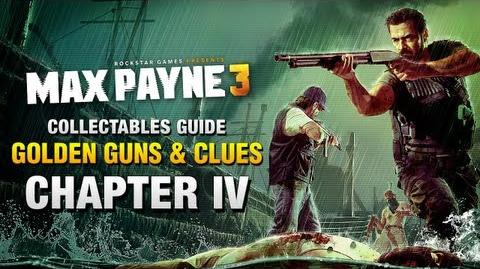 Clear The Hallway Of Lasers