"I was a day off the sauce for the first time in years and knew I was due a hangover sent direct from Mother Nature."
―Max Payne upon entering the favela

A Hangover Sent Direct from Mother Nature is the seventh chapter in Max Payne 3.

After the death of Rodrigo Branco and destruction of his office building, Max falls into depression thinking himself as a "red leathered grey haired mess". Max decides to cut off the alcohol abuse and shaves his head as disguise and goes to the favela. While at the entrance of the Nova Esperança favela, he calls Victor having a brief conversation with his little brother as Max mentions everything that he learns about Fabiana's whereabouts. Upon entering a favela, Max is followed and encounters a young boy who supposedly knows where Fabiana Branco is. Max follows him and finds and enters the party. As Max tries to exit the party, he is confronted and escorted by a group of three Tropa Z gang members that held Max at gunpoint who then rob him and dump him to the lower slums. He then continues to walk throughout the favela until he goes into a strip club. When entering the strip club he goes to the barman and asks if he knows where the telephone is. He then proceeds but finds out that his money has run out. Da Silva then comes in and meets Max, who informs him about further whereabouts of Fabiana, the Comando Sombra, the Crachá Preto leaders, and Victor Branco's involvement. During the conversation. Da Silva orders Max to save her instead off himself claiming that he won't survive three minutes if attempting to rescue Fabiana. As Da Silva leaves, he gives Max a M1911 and tells that he will help him if he just follow his orders if Max survives three minutes or more. A Tropa Z gang member bothers Max and he informs the member to leave him alone and threats the gang member if someone tries to take the gun away from Max they'll be "dead wrong". The member realize this and pulls out his gun and Max kicks down the table in which he (within the player's control) kills him and other members around him in time. A gunfight breaks out throughout the club ensues but Max manages to kill the remaining gang members (including the strip club bartender) who stood his way. After a ensuring gun fight with a few Filhos de Ogum gang members, he investigates the Filhos de Ogum hideout to see if there evidence left. Afterwards, Max blows up the hideout with a use of fireworks to ensue the drugs are destroyed. Max also finds the Comando Sombra which he also had gun battle in order to access the CS HQ. He finds the ruthless Commando Sombra leader, Serrano, with Fabiana, Giovanna Taveres, and Marcelo Branco as hostages. Max storms in telling all members to put their guns down which resulted the members hold him at gunpoint and snatches off all the weapons that Max has. He tries convince Serrano that he does not need to kill anyone but instead, yells at Max as he is about to execute Giovanna but Max interferes telling him not to kill her. Serrano replies with a single "okay" then kills Fabiana by shooting her in the head. Which makes Giovanna and Marcelo screams in terror as Marcelo tries to attack Serrano but was shot in the leg. The members heard and explosion ensuing the attack originated from UFE then the members leave with the two as hostages. Max is held at gunpoint by a Commando Sombra member as he watches Fabiana's body as he begins to have a flashback of events of where he visits the Golgotha cemetery.

The mission will fail if Max: 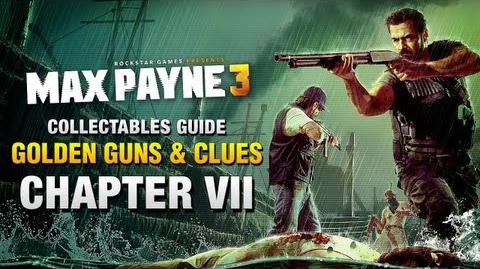 So Much For Being Subtle (Achievement)

Get 9 Kills While Being Pulled By A Chain [FREE AIM]

Max in the favela

Marcelo is shot in the knee by Serrano

Serrano points his gun at Fabiana

Max and Serrano yell at each other 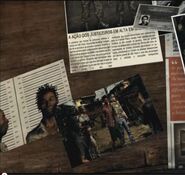 Marcelo and Giovanna get captured by Serrano